Our modeling effort is focused on understanding the operation of various fuel-cell components and cells with a focus on transport phenomena and reaction kinetics.  We are particularly interested in physical mechanisms governing lower temperature operation of fuel cells with state-of-the-art thin-film low Pt-loading electrodes where effective liquid water removal is of critical importance for optimal cell performance. Areas of focus include: 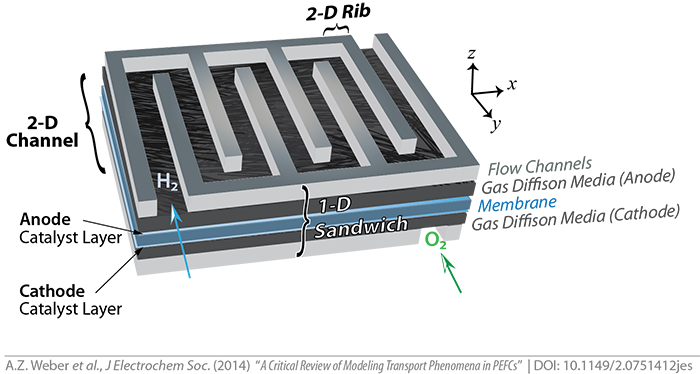 Improved performance of numerous energy conversion devices requires enhanced water and ion transport in perflurosulfonic-acid (PFSA) membranes. Macroscopic membrane properties result from transport in a tortuous (mesoscale) network of interconnected, heterogenous, nanoscale hydrophilic domains. Consequently optimization of membranes relies on understanding this multiscale system and decoupling the impact of nano-, meso- and macro lengthscales. At the nanoscale, we use mean-field local-density theory to understand the effects of molecular interactions. We upscale these models at the mesoscale using network simulations (pictured here) to study emergent transport behavior.

We use models of fuel cells and flow batteries to gain insight into the factors that limit the performance of these devices. These models help us understand the complex interplay between electric potential, temperature, gas flow, ion transport, and other phenomena in electrochemical cells. For example, the figure on the right shows the predicted oxygen concentration, as a percentage relative to the inlet value, throughout the cathode catalyst layer and gas diffusion layer in a hydrogen-air fuel cell. At high current, the dark areas in the figure indicate that nearly 100% of the oxygen is consumed in the catalyst layer, suggesting that oxygen mass transport could be improved. 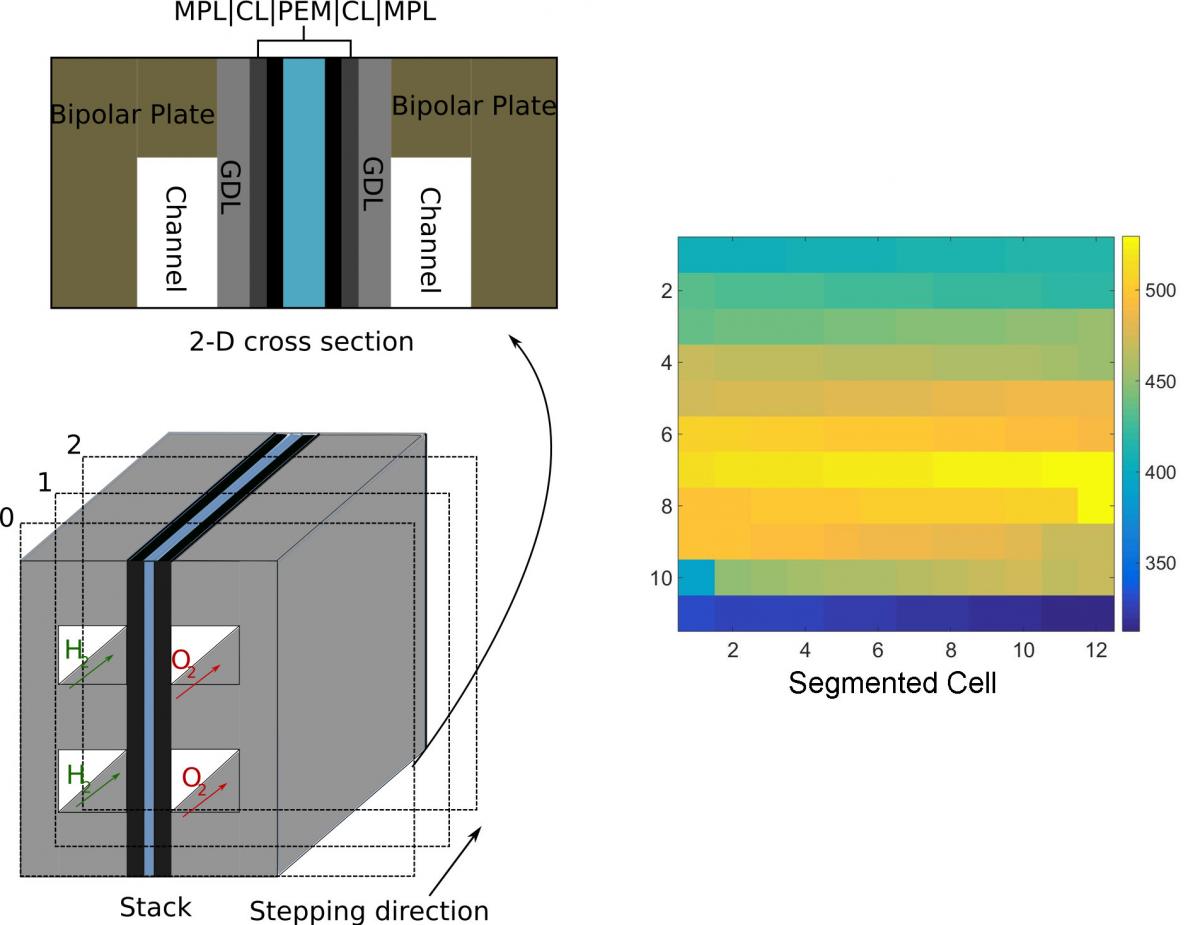 Schematics of an integral cell simulation model with segmented cell performance. We are developing multi-phase and multi-physics based macro-scale models to predict polymer electrolyte fuel cell performance under differential and integral conditions.